Welcome to a new Wildcard Wednesday! Today’s post looks at The Paul Lynde Show (1972-1973, ABC), a single season multi-camera sitcom that starred the one-of-a-kind comedian as a middle aged lawyer whose college aged daughter (Jane Actman) moved back home with her genius, but chronically unemployed, hippie husband Howie (John Calvin). Broadway leading lady Elizabeth Allen played Paul’s understanding wife and Pamelyn Ferdin, best known to TV fans as Edna Unger, played their 14-year-old daughter. The series began life as a CBS pilot in 1962, intended as a possible replacement for the likely-to-be canceled The Dick Van Dyke Show (1961-1966, CBS). Based on the play Howie by Phoebe Ephron, the story, like the eventual series, revolved around a lawyer, Lynde, whose daughter married a loafer named Howie. When Van Dyke was saved, Howie was shelved indefinitely. 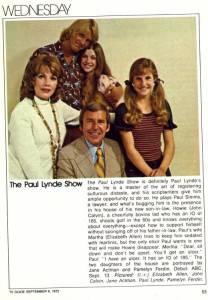 Cut to 1972, when Elizabeth Montgomery and Bill Asher are splitting up and she refuses to continue on with another season of Bewitched (1964-1972), for which she and Asher were obligated. Asher’s solution was to create another hit that could take Bewitched‘s time slot. He decided to resurrect Lynde’s pilot, updating it considerably to both appeal to audiences of 1972 and sate ABC’s desire to have a hit along the lines of CBS’s All In The Family (1971-1979, CBS), which was the most watched show in the country. Bearing obvious similarities to Lear’s show, conflict and comedy in the new series was to be created from the generation gap and society’s changing social mores. But ABC wasn’t yet fully committed to programming as progressively, so Lynde’s show, which was more upscale and decidedly West Coast, couldn’t be as hard hitting or political. Instead, controversial issues had to be handled with kid gloves — lightheartedly and without serious commentary. 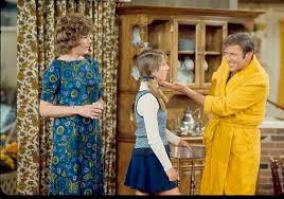 The unflattering comparison to All In The Family plagued the series both during its primetime run and in later critiques. However, having seen 23 of the 26 produced episodes (I’m still missing three — “Whiz Kid Sizzles As Quiz Fizzles,” “No Nudes Is Good Nudes,”* and “Barbara Goes Home To Mother” — and would greatly appreciate any help in completing my collection), I am of the opinion that The Paul Lynde Show‘s laughs come from the reactions of Lynde to the world around him; thus, the comedic aims of both series are completely different, and I never found myself wishing that this series was more like Lear’s. Interestingly, the lighter generation gap angle is funnier than one might anticipate it to be, even though it is clearly not a strong enough premise to sustain a series. A lot of this is because of Howie and Barbara, neither of whom are very funny, and more importantly, neither of whom are fully realized characters. This is the biggest problem with the series: the only rich character is Lynde’s, and that’s undoubtedly hinged on the performer and not the role. He’s horribly funny, but nobody else — especially Allen as his wife, who RARELY gets a joke — can compare.

But, as stated, the series has some big laughs, and almost every episode gives Lynde multiple opportunities to shine. And because of his distinct delivery, the show is quite often hilarious. So I’ve picked seven episodes that I want to highlight today as my favorites of the bunch. (They are in AIRING order.) Also note that the series was broadcast in color, but many of the episodes in circulation are black-and-white copies.

When Howie and Barbara move into the basement, Howie’s separated parents come to visit. 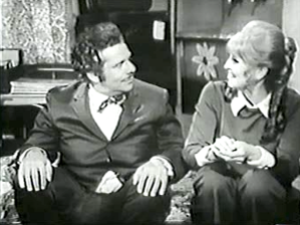 Anne Meara and Jerry Stiller make their first of several appearances as Howie’s separated parents, whom Paul hopes to reconcile (so he can get Howie and Barbara off his hands). They’re very funny in each of their three appearances, especially Meara, who gets more to do than her husband. Meanwhile, the script is sharp and provides a lot of good gags.

Paul learns Howie and Barbara’s marriage is invalid, so they decide to remarry. 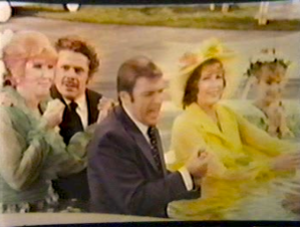 Of all the episodes I’ve seen, this episode probably makes most comedic use out of Howie and Barbara’s “hippie” values, as the pair decide to hold their second wedding (since the first one didn’t take) out in the pool in their back yard. It’s a totally unexpected, but hilarious, development. And once more, Meara and Stiller help make this one a real winner!

Paul’s disapproval of Sally’s boyfriend leads her to stay out all night. 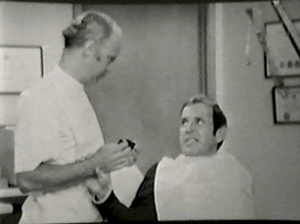 This is the only episode I’ve seen that gives a lot to Ferdin’s character, who is essentially a slightly nerdy, but typical teenager (despite being “flat chested”). But the script is loaded with laughs, and the comedic highlight occurs when Paul visits the dentist, who just happens to be his runaway daughter’s boyfriend’s dad. Another very funny episode.

Paul and Martha get involved when their married friends have a spat. 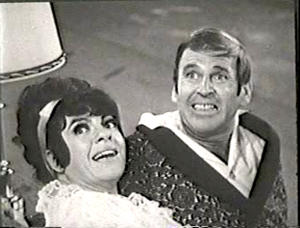 One thing about this series: they managed to get some great guest stars! This episode boasts Joanne Worley and Roger Perry as the squabbling couple and Thelma Carpenter as their housekeeper/secretary. It’s a real hammy outing, with everyone giving BIG performances, but it’s all screamingly funny.

Paul is worried about his career when a nude painting of Barbara goes public. 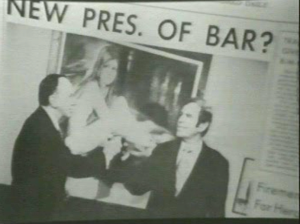 The second episode to feature a premise involving nudity, this installment concerns a nude painting of Barbara (which by today’s standards would be tame) that ends up at the bar across from the courthouse. This threatens Paul’s potential appointment as president of the Bar Association. Given its funny premise, it’s probably one of the show’s most memorable.

Paul’s nasty letter to his partner accidentally gets mailed, causing a rift in their friendship. 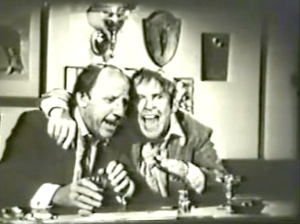 Although the episode boasts a routine premise, the funny script by two of Lucy’s best writers gives Lynde, James Gregory, and chronic TV barfly Dick Wilson the chance to do a wonderful drunk scene. Lynde is particularly fantastic, and this is one of his best showcases on this series. It’s a stale premise made fresh!

Paul’s crippled mother-in-law drives him crazy during her extended visit. 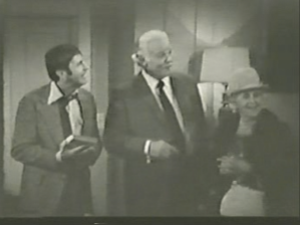 TV’s favorite mother-in-law makes her second of two consecutive appearances as Martha’s mother in this, probably the laugh-out-loud funniest episode of the season. In addition to great sparring by Lynde and Albertson, this episode also features another great bar scene with Wilson and Alan Hale, Jr. (Skipper!) as a drinking psychiatrist to whom Paul looks for advice.

Other episodes worth mentioning include “Pollution Solution,” in which the kids go protesting, “Martha’s Last Hurrah,” the second (of two) episodes featuring Charlotte Rae as Paul’s sister, “Paul’s Desperate Hour,” in which the idiot children knowingly bring a mugger home for dinner, “Is This Trip Necessary?” in which Mabel Albertson makes her first of two appearances as Martha’s mother, and “Back Talk,” in which Paul injures his back. They’re all five very funny episodes, and, like the ones in the list, if you have the chance to see them, take it! 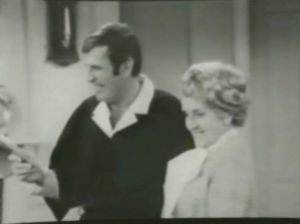 *Several days prior to this post being published (on Thursday, March 12), I had the pleasure of seeing one of the episodes I’m missing, “No Nudes Is Good Nudes,” at the UCLA Archives. Stay tuned next month for a Wildcard post detailing my thoughts on this episode and some of the other rarities I had the pleasure to screen during my visit!

DECEMBER 2021 UPDATE: I now have the complete run of this series, including the three entries I was previously missing. Frankly, I’m not sure if I would make the same episodic selections for the series’ best that I did six years ago (when this post was first written), but I do know there were no winners in the missing bunch!

11 thoughts on “Uncle Arthur Plays House: A Look at THE PAUL LYNDE SHOW”